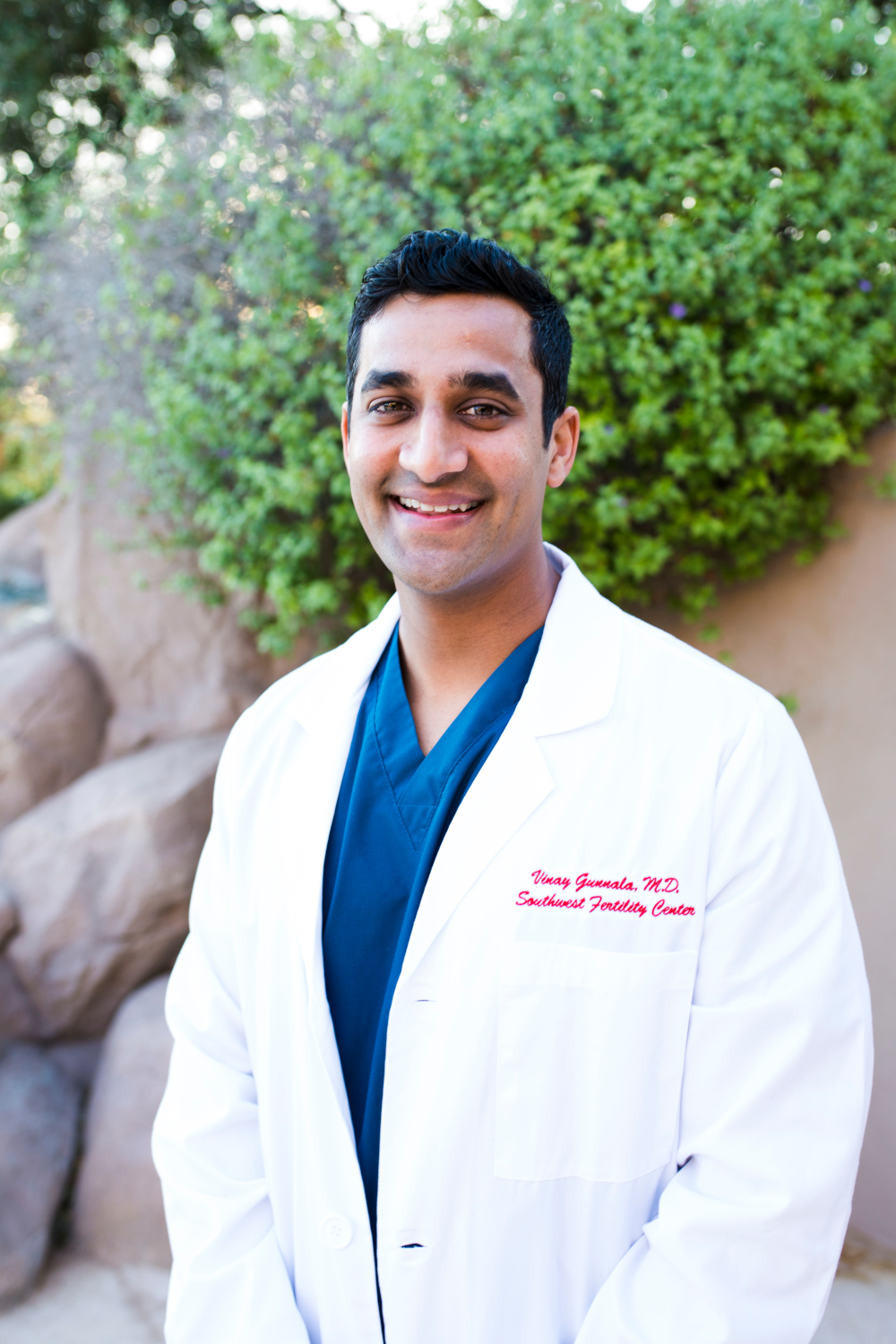 Dr. Vinay Gunnala was born and raised in Phoenix, Arizona. He received his undergraduate degree in Mammalian Physiology and Neuroscience at University of California, San Diego and his medical degree from the University of Arizona, College of Medicine in Tucson. Following this, he went on to complete his residency in Obstetrics and Gynecology at New York Presbyterian/Weill Cornell Medical Center, where he received a medical student teaching award as a senior resident. He then completed his fellowship training in Reproductive Endocrinology and Infertility at the world renown Center for Reproductive Medicine at Weill Cornell.

Dr. Gunnala specializes in all aspects of reproductive medicine, offering patients a full range of fertility services including ovulation induction, egg freezing for fertility preservation, oocyte donation, and IVF/ICSI with and without preimplantation genetic testing. His clinical expertise extends to numerous reproductive challenges such as amenorrhea, PCOS, recurrent pregnancy loss, endometriosis, and he is a proud supporter of LGBTQ reproductive rights. In addition, he is a skilled minimally invasive surgeon for operative hysteroscopy and advanced laparoscopy.

The depth of Dr. Gunnala’s clinical practice is mirrored by his vast contribution of clinical research to the scientific field. He has published several original research articles that are featured in peer-reviewed journals such as Fertility and Sterility, PLoS One, and Human Reproduction. His research interests include a variety of topics including investigating IVF challenges in women of advanced age, elective and medically indicated fertility preservation, and minimizing the incidence of ovarian hyperstimulation syndrome. (link to Dr. Vinay Gunnala’s published works) He has given several oral presentations on various research topics at national meetings and has published over 30 scientific abstracts.

Dr. Vinay Gunnala is a fellow of the American College of Obstetrics and Gynecology and current member of the American Society of Reproductive Medicine. He has verbal and written fluency in both English and Spanish.

In his spare time, he enjoys spending time with his loving wife and baby boy, Dhillan. He enjoys trying to relive his Brophy baseball days by playing city league softball and challenging his brother and in-laws to triathlons/Spartan races. Living in New York City for a little less than a decade was an amazing experience, but he and his wife are excited to come back home to their roots and spend more time with family and friends.