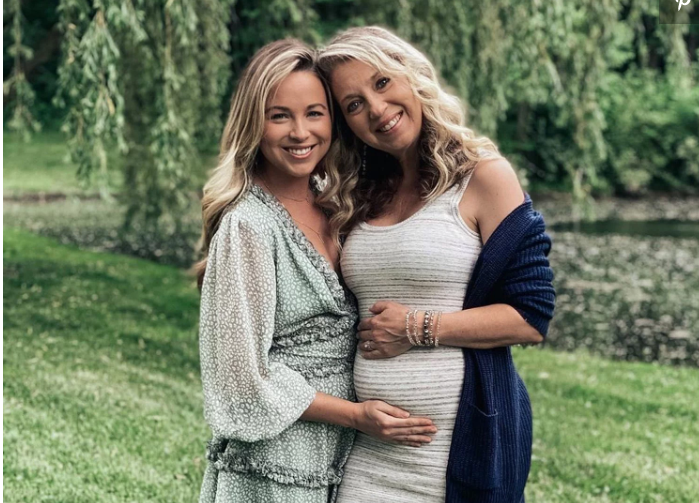 A 51-year-old-mother has stepped in to be the gestational surrogate for her daughter’s child.

Following multiple rounds of IVF, surgeries and miscarriages, Breanna Lockwood was told by her doctors that she was unable to have a successful pregnancy. Her 51-year-old mother Julie Loving stepped in — and will give birth to in November.

Breanna offered, “There is nobody closer in life than my own mother. My mom wants to be a grandma just as much as I want to be a mom, so she’s doing everything she can.”

The Lockwood’s decided to see a fertility specialist after a year of constantly trying naturally.

The couple went through several rounds of IVF, surgeries, and heartbreaking miscarriages which also included the loss of twins.

Finally, the fertility specialist suggested to consider surrogacy. Even more, he suggested to specifically consider either a family or a friend instead of an agency when could save the couple more than $100,000.

Offer That Only a Mother Can Give

The fertility specialist was not the only one who suggested a family member as a surrogate. Breanna’s mother also suggested the possibility of surrogacy to her daughter. The mother was in top shape after running 19 marathons as well as participating in many triathlons. Plus, she had easy pregnancies with her own two children, including Breanna.

The happy family is expecting a girl and can’t wait to one day describe how they wanted her so much that everything possible was done to bring her into this world.